Every week, I’m going to try and reflect on the week I just had. I have no idea who it might be of  interest to. To be honest, it’s the act of writing, remembering and reflecting that is most important to me. I feel lucky enough to live a jam-packed life, and  I want to have a chance to think back over some of the more enriching things that happen. Hopefully this is a slightly more systematic way of doing it. At the very least mum will know what I’m up to.

The week in work

First week of rehearsals for ‘Boy In Darkness’ at the Blue Elephant. It’s been a strange week. Normally the first week is about exploring the subject matter of the show as a team. But Gareth already knows the story so well that sometimes I wonder if I’m not just wasting his time, and I can feel him getting frustrated. However, I’ve made the mistake of jumping straight to staging before, and I hope the time spent going deep at the beginning will pays its rewards. I want the piece to come out of Gareth like he wrote it, but I also want him to know exactly what the stepping stones in the story are. Otherwise it risks coming out like a jumbled mess which the audience won’t follow. To achieve the kind of grounded, minimalist telling I’m interested in, I think that we need to start slow and build from the ground up. At least I hope so. It’s strange, because for the first time I feel that in these rehearsals I’m not experimenting with how I rehearse – I’m using techniques that have served me well in the past. Which is at odds with my desire to be constantly pushing and extending my work. I don’t want any two shows I create to be at all alike. At the same time, I don’t want to throw away techniques that have previously worked well just for the sake of it. We shall see. What is clear is that Gareth is an incredible performer, and Mervyn Peake’s story is extraordinary. As long as I can release that talent then we will have a very strong show.

At the same time lots of work to be done pushing the Instructions tour… we’ve got about six bookings now, but it’s a slog…
Theatre I saw

Physical Science was a cute piece of interactive dance theatre for young kids. Watching my little cousin jiving away was a joy, and I’m hoping to get him hooked on theatre with lots more visits as he grows up. I also loved watching sign-language performed by a trained dancer. It was elegant in a way I’ve never imagined before, and reminded me of the beautiful opening to Robert Lepage’s ‘Blue Dragon’ when he explains the symbolism behind Chinese characters. I’ve currenlty living with two BSL signers, so determined to learn a bit!

Tree was perhaps the most disappointing of the three. Very pleasurable way to spend an evening, but felt strangely old-fashioned – like it was from Alan Ayckbourn’s back catalogue. Which is great if you like Alan Ayckbourn, but wasn’t exactly what I was expecting from Daniel Kitson. It was very witty, very light, very pleasurable, very well performed, but too long and ultimately just a little bit too flimsy.

I’d been looking forward to Kim Noble’s You Are Not Alone for some time, and was not disappointed. What an gob-smacking mixture of comedy, performance art, theatre, punking, shock, video and music. One of those amazing shows that is both as formally dazzling as it is penetrating of its subject matter. Exploring male loneliness, sexuality and identity in a fragmented and digital world, Noble had us giggling away, shocked by his audacity and tearful. Often at the same time. Wow.

So I joined Tate last Sunday, which felt like a very grown up thing to do. After filling in all the forms and enjoying the view from the member’s room, I didn’t really have time to do any art-viewing, so literally ran around the two exhibitions. But there were some great pieces that I’m looking forward to seeing more. Marlene Dumas continues to astound me, and it was funny seeing pieces that I’d previously had to myself in private galleries now surrounded by huge crowds. This portrait of Phil Spector remains one of my favourites:

Wasn’t so into the endless horror of the Conflict, Time, Photography… but that’s not to deny the beautiful work on display. The highlight probably Sophie Ristelhueber’s post-Gulf War images. 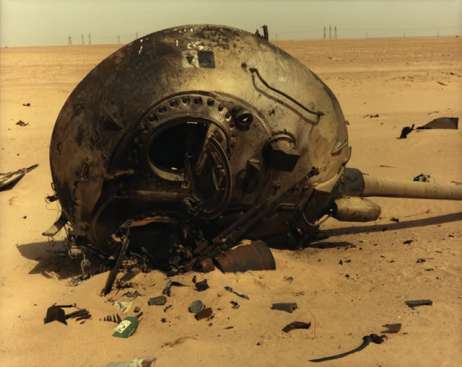 Ultimately though, the big thing I’m looking forward to at Tate is Leonora Carrington – annoying I’ll have to travel all the way to Liverpool to see it, but I’m sure it’s going to be worth it.

And this is an eerie drone video from Chernobyl that captures a soviet era ghost town post nuclear fallout.  https://vimeo.com/112681885

Reading stuff
I’m a huge fan of Eric Barker, and his thought-provoking, research-backed thoughts on modern living continue to help me grow happier. This piece on learning to settle for ‘good enough’ is perhaps one of my favourites http://tinyurl.com/q8do32a.

Tragic news that Oliver Sacks has terminal cancer, but I hope I can leave with as much dignity, joy and love for life as this beautiful man http://www.nytimes.com/2015/02/19/opinion/oliver-sacks-on-learning-he-has-terminal-cancer.html.

This final piece, also from the NY Times was just weird. I couldn’t work out if it was a Paul Auster-style short story, but seems to be for real. I’ll say nothing more: http://opinionator.blogs.nytimes.com//2015/02/14/a-curious-case-of-writers-block/

Novel-wise I’m continuing to struggle through Proust (in French…). A few paragraphs every night before I go to sleep… beautiful, but I do rather wish he’d get on with it.

Four Tet has been the soundtrack to the week – wonderfully chilled electronica. This is my favourite track http://grooveshark.com/#!/s/Unicorn/6BBZtW?src=5

I’ve been watching Michael Cockerell’s fly-on-the wall documentary ‘Inside the Commons’ (with significant contributions from Jack MacInnes). I can’t get over how much that place seems stuck in the nineteenth-century. Both physically as a building, but in the way it’s run. I mean, seriously? All those ridiculous costumes, arcane titles, and pompous ceremonies? And the amount of paper they seem to waste on a daily basis – did no-one tell them the joys of Google-docs? Cloud storage? Sexual equality? It’s crazy to think that it’s how our country is run. The Labour and Lib Dem MPs are coming over surprisingly well – grounded, unpretentious, genuinely likeable. The Conservative party on the whole just seems odious – which is not a comment on their politics. The party just seems to attract the kind of person that sees politics as an extension of private-school privilege and university debating societies. These self-serving, conceited toffs seem to be running our country though.

I also had an illuminating, if slightly drunken chat with another director on Saturday night. She’s not interested in making work outside of London; I don’t care so much about London and would much rather be doing stuff that tours. Mainly because I think London has enough theatre, but also because I wouldn’t be making theatre today if it weren’t for groups like Trestle who came to culture-starved Jersey. I want to make theatre for real people. I can’t help thinking that most London work, especially on the fringe, is more about pushing careers and stroking egos than a real commitment to audiences.

– I got a new motorcycle! A Kawasaki Versys 650 – which is a beautiful beast that I’m also terrified of. And terrified it’s going to get stolen very quickly… The most expensive thing I’ve ever bought (thankyou mum for helping me with the cost), so no big holidays this year and purse-strings will have to be tightened for some considerable time. Aiming to take it on a road trip this summer though – maybe South of France and Spain?

– Also got an Aeropress coffee maker. What a bargain! £25 for an expresso machine that makes coffee that is just out of this world. Delicious beans I got from my local cafe + aeropress = best coffee I’ve ever had in my life,

– A lovely evening catching up with Lady Lynne Forbes.